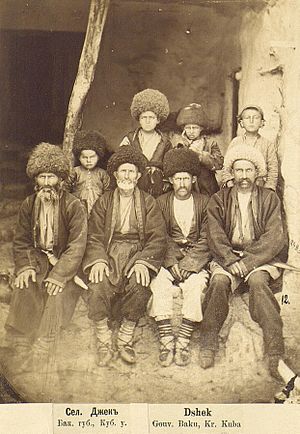 Setting-My heart is on my bloody soaked sleeve.

The purpose of this play is to buy and sell luxury carrots. Also a flying carpet to get you home after all the bulllshit we will make you sit through telling tales. Also to warn you about Chechnyans, and also to distribute out a phone number where slaves with abused lives can get J 1, S 1 or go to college. There is singing and poems. We will try and pour you things called Vodka, but it’s not vodka; to us it’s like water for wound care.

Men went to war and women went to war, and Americans and Russians watched out the corner of the Newspaper or telescreen.

The papers called them “the Chechnyans” because when the war kept going, people came back trained in god-only-knows how much carnage capability. The war I’m referring to is the Syrian Civil War/ the Revolution in Rojava which was a phantom menace to all. But it was more a dark dream based on improbable odds. Chechens, are in fact a very real jihadist menace that fought us to the last bullet in Mosul, Raqqa and Deir A Zore. They brought their whole families into the Jihad. These remoniquored “Chechnyans” weren’t like them. They were secular and young, and mostly on the Kurdish or Shia side, or the Pesh Merga. They all left our families at home. There were plenty of war path teams and factions, mine/ ours was the most moral, but lived in a state of total delusion. They were following a pudgy faced aging man in Turkish solitary confinement. We thought breaking rocks was a useful form of soliloquy.

I kissed very hard against her better judgment.  I saw her un make unpacked, un-made-up Slavic beauty face on her birthday, before we did one last job on St. Pat’s day. We weren’t supposed to do jobs like that in Midtown, people get upset.

I pulled her through to my reality, for the last time and she was completely pissed. The reality wasn’t very nice because it wasn’t the American dream she had set out to conquer on someone else’s name. That name and those papers had failed her mightily.  I yanked her through to the other side. The serf side, the Warsaw ghetto side. I was still just a petty gun slinger, Syrian Civil War vet on the run from the war in Syria and my own mind. I did 80 days in Bellevue City hospital and filth was still on my fingers, elbows and toes. I hadn’t slept well even one night.

She was still just a high end whore a year later? Not fair but probably true. But she wasn’t like Maria from Moscow anymore, doing what she did and still does with her tits and high ball shots and take home party favors. She was way over long walks with artists. She was regressing into Capitalist Modernity, the place she’d always wanted to end up, was now boring. Her suitors never waned. Especially the pesky Brahman roommate.

My name was once Mikhail, I was 34 but look younger. Her name is Dasha, but this isn’t about her. The other books were all about her. This is about the time a Syrian war vet caught feelings about Maria Silvertova, a buxom little Chechnyan, like him.

It has been a long road from Havana to Brooklyn to Russia, into the Middle East and back. With stopovers in where civilization has come to a resolute end in the Fertile Crescent. Burning down river by river shore to deep sands of desolation.

This is a cry for some helping hands, some Hamsas, that survived to talk about the Syrian Civil War. This is a love song after a hard fuck in Spanish. This is a Post-Soviet Lullaby, written in Imperial English.