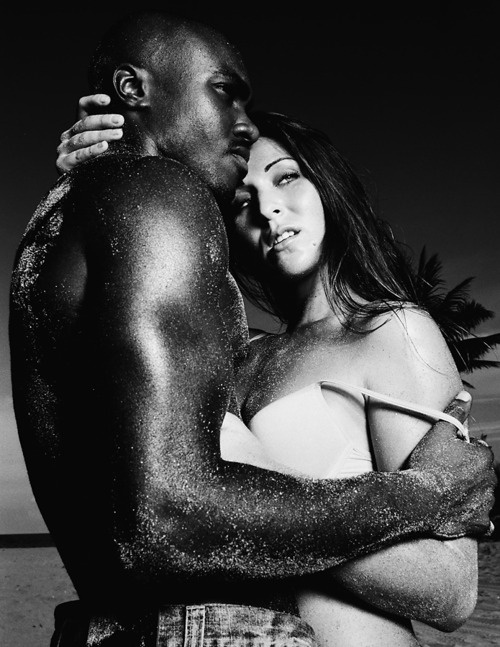 Explained a young Avindav Debutelier, to the crowded and spontaneously mobbed crowd of mostly non-white Israelis, near the Techanama Gaziit.

A most powerful, unamplified orator in Hebrew, Arabic, English and also Haitian Creole, which is similar but not the same to French, was he once a Haitian, is he still or did he just for many years take one to his bed?

What we did then to attract a crowd was drag a sound system into a square and begin with drums, begin with amplified primal sound, several of us in greys and blues, spotters on every approach with sky pagers, scanners and radios to notify us when the security forces were approaching. We learned this method form the card sharks on the Tiyeled. On the Boardwalk.

After the drums came a powerful Afropop song, and then, then the five minutes of nation time, the speech. The security forces were always nine to fifteen minutes away, in those days.

“Let me tell you a story about a woman and a man, which you have always been told as the most important story ever told about a man, a man who was also God.”

You may know, that your messiah was born in Bethlehem (Bet Lekhem). You may know that he grew up in Egypt (Mitzrahiim) and that at the time of his battle against Rome he was employed as a carpenter in Nazareth (Natzeret). You may know a Romanized, Latin version of his name. Have had it repeated to you, until it took hold as the truth, but it is not his name, and it is not the truth!

You may not know that he sang in Aramaic and wrote in Hebrew and Greek, and that there is no J sound in those languages. Anything called J, is the designation of an occupier or conqueror, a Roman legion in Palestine perhaps.

Here again, you do not know that you do not know so many things. Such as the spatial spiritual chakra points, such as the importance of Moscow. You do not know where your food came from or what’s in it, or how many hours it takes a child to make your clothing. You do not think about hearing these things because, they make you culpable. They imply your collaboration with the empire: with and by default your implicit acceptance of the fate of the slaves.

You know there are several large religions, you can reject all of them which is easy, or pick a tendency of a block, all of them are based on events you did not see, interpreted in languages you functionally cannot speak and you call that faith. You are generally when born to pick one, or have picked for you generally speaking you are to be a Christ follower, a Mohammadian (One who submits to God and his prophet Muhammed), a Hindu or under the rule of the Chinese Communist Party, therefore living under Confusicism. Or, you’re in some much-much lesser marginal sect, or a Buddhist, keeping out of the cosmic wars. Anyway, three of the four major religions are at war at all times. Almost always historically due to a Christian offensive.

Hindus have kept hundreds of millions of people locked into servitude and subjugation. Christianity and Islam have been in direct warfare since the Crusades approximately since 1000ce. Today, there is not one single county where Muslims are not being slaughtered or persecuted. All of the central cores to the core 46 states are Christian, except Japan and the Petro states. All of the poorest most ravished nations are Christian and Muslim, converted during the colonial epochs.

I’m sure those things don’t come up in your Church. And we are very much not fighting a cosmic war. It is absolutely a war grounded in base human inequality, or less mildly; the suffering of five billion plus humans while some, less than one billion drink, use drugs, fuck hookers, watch sports, tune out to Netflix, buy things and more things and stuff their faces until they all die of heart disease, and head to a church to absolve their daily sins. A church where a man who was not white is white on the walls. A church where the things that man, and his wife and their 12 deputy officers and several thousand supporters stormed the temple and declared war on Rome. And for the next 100 something year’s 66-136ce over three major military uprisings fought the Empire on all fronts.

You know only what you want to know to justify that you are in the wrong side of history paying your taxes to the new Rome, running around with those smart phones checking in checking out, selfies with the mark of the beast.

You don’t know, that you don’t know that when the children, the great descendants of that man you eat the body of and drink the blood of and wait for him to return, make themselves known to us, he’s dead. You are praying in the language of the oppressor. You are masquerading along to a fiction story based nothing on what actually happened. You are hanging crosses! The selfsame symbol of Roman rape and repression around your very neck. You are celebrating holidays that are feasts to the devil, glutting your face on your thanksgivings, a mockery of Indian genocide. You are worker proles and sleeping zombies and serving a vast killing machine. Your countries of the west are colonial killing machines sucking the rest of us dry.

I am not Toussaint I did not come to lead the army I am Debutellier; I speak for the black and oppressed. And I am not commander Solomon I have never heard the voice of God, I posit myself neither as savior conqueror nor general. Nor some lesser mad Hebrew prophet. I am just one more revolutionary on a square.

I am only one partisan and friend of the people. Uniformed pararescueman, 7775 as my shield says. I am here in the wilderness not tell your religion, but to warn you that we are planning a new uprising. Not one based on imaginary masculinized voices in the sky, not one based on beliefs. It will not be directed at the North West but instead all the dark forgotten brutalized places in the periphery, in the colonies.

I did not come to warn you or make you change your ways!

I am a partisan practitioner, not an agitator to the deaf and mute and blind. Hidden in the stories I can tell you is a simple truth. Humanity ought not wait for some white washed savior, humanity ought not live as they do.

Christendom is a sickly mockery of the heroes martyred in our cause. Time wrote your bible. Islam is a sickly mockery of our second major rising. The Yazidis and Umayyads wrote your Quran. Everywhere I look I see Christians feeding the devil machines, I see Muslims dying and dying but not knowing their own prophet, the cousin of Yeshua Ben Yosef, who the Romans and Saul called Christ. Everywhere I look i see the oligarchy grinning and glutting themselves in every nation.

I did not come to the Wilderness of North America to bring you a New Social Gospel, for that was brought by women and men before me. I did not come reconcile your scriptures, this too was done by the Baha’i.

A pager goes off in his pocket, indicating the spotters have marked incoming security forces.

“I came to tell you to pack your bags and wear blue cloth, to march with us in columns and fly in convoy, to fortify 144 positions in the periphery where men and women die like dogs. Are killed every day in plain sight.  I came to tell you that we will organize the next uprising to starve the core, to embargo the high places to encircle the citadels of the oligarchy and free our people. They cannot kill us all!”

And whether it be us, or the leadership, be it us or our great grandchildren we will march into Yerushalayim with ten million fighters, having put down Rome, put down Washington, London, Paris, Geneva, Berlin, Moscow and Beijing too, brought the killing machine of the world system to a halt.

And you will then know that your God did not send you more lambs. It send bloody avengers.

A young Amerikanski in the audience, who had come here to the colonies be a poet and a farmer, now with a sky pager, then set off a series of bombs up the street with a cell phone. It ripped apart some parked cars, hopefully didn’t kill or maim anyone this time. Wasn’t anything the colonial government wasn’t already doing for social control, which was certain. Which is to say in the summer of 2001, the American occupational government in Israel, acting through the emergency powers of the Likud party was blowing up its own people quite readily.