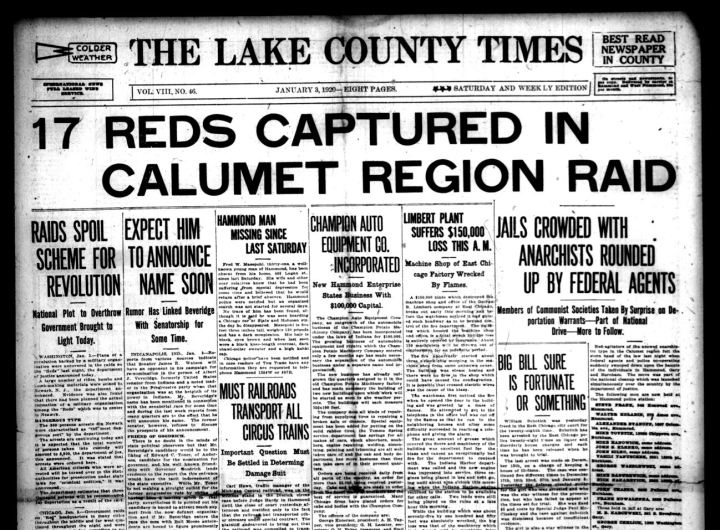 Oleg doesn’t have to say one word to the valet at the Drake Hotel about what will happen if anyone so much as looks in the general direction of his black bullet proof Mercedes.

He gregariously takes a picture of the attendant with the vintage Leica camera he so adoringly carries about.

As if to say; if anyone goes even close to that car your death will be an entire gory photo shoot.

Since the total G42 embargo which has lasted now for three long years there has been no way to get certain luxury items into the nation easily.

To be the driver of a brand fucking new armored Mercedes Bends means only one of two things. You are a vicious, cut throat likely Postsoviet affiliated associate of the Perchevney Bratva, or you are Magnus Goldbar Allamby.

It would be unheard of for anyone else to have a designer car in the Soviet.

And since Oleg Medved is certainly not the Otriads famous Bajan money man. He must therefore work for the feared Bratva that owns both the Drake Hotel, the Free Port and most of the Green Light District.

They are now seated in place of conspicuous opulence.

A suite in the highly acclaimed, highly luxurious Drake Hotel which rises in an eighty four story spire off of Banner Avenue and Brighton 6th Street. It was built before the Great Disorder by a Russian business man named Dmitry Khulushin. He built a very tall tower to house a very important woman, but lost both the woman and shortly after the rights to the tower in a card game.

There are adornments made of marble, and things that shine. There is the veneer of exclusivity, but that exclusivity is only limited by how much you spend.

Thinking back a whole year before deployment, Anya and Oleg   worked the network for a way to communicate with all the African tribes they’d be dying to save.

Ysiad Ferraris owns several dozen assorted businesses, but the crown Ivoryels of his empire are largely high tech in nature or shipping companies. He plans to supply credentials for shipping the weapons and equipment into the Sinai Peninsula. He also has a very happy, happy Hanukah present he insists Oleg Medved and Anya must meet him at his penthouse suite 74 stories over the Brighton Bay to see a “flash new toy”.

Ysiad is a Harvard graduate and amongst many other things the majority shareholder of Caravaggio-Gould Electronic Group: a small start-up out of college now transnational corporation holding patents in rescue and maintenance robotics, solar energy harvesting, and most importantly military contracts for fun filled killing tools like the Niche 06-47 surface-to-air fighter drone and the Oksana 62-12 terra-drone which can march into a village and machine gun everything that moves and is over three feet tall or has a weapon. Also selling like hotcakes were stasis chambers in which the sick or wounded could be put to sleep for years at a time hovering in a dreamlike state while they recuperated surgically grafting cloned flesh back to them.

All of which were ever in demand with the ever escalating wars in Eurasia, East Asia and the disputed territories bordering Oceana.

Ysiad certainly isn’t the richest man in Babylon, nor has he moved out of his townhouse on the 53rd floor of Olympia Tower Complex on 53rd and Fifth Avenue although not as spacious as his wealth might indicate, but surely he had just bought his new summer home on Madeira Island with cash up front, which was something to really be proud of. He officially holds U.A.S. citizenship but he sure seems to own a great number of properties in the new free sates of the Eastern coast.

“So you’ve come for the high China tech shit, have you?” he laughs as they enter his suite at the Drake Hotel.

“I just started taking language classes on one of the new Parasimulator my company is about to release. It’s wonderful stuff,” he tells them. More announces.

Toba is fixing her hair and makeup in the women’s closet.

A Parasimulator is an electronic device designed by the Israelis and then vastly improved by the Chinese to generate neurological stimulation to in effect fool your five senses into believing the images, smells and sensations produced. Designed by the Israelis for combat simulation and torture, the Caravaggio Gould Group popularized them for elite entertainment. They are currently only available to the most wealthy and powerful, and military intelligence groups of the first world, Russian and China.

He passes Oleg Medved a head set that locks over his eyes and ears and connects wirelessly to tiny black box clipped to my hip.

“Well the factory that makes the software is in Israel, but the audio-visual simulator we can build cheaper in Vietnam. And anyway with the Boycott Divest and Sanction campaign in full swing and so many of my shareholders being Yids I couldn’t make the whole thing in East Asia, but I can’t risk all the fines for doing it all in Israel. You know the game.”

Anya is highly unimpressed with just about everything this schemer does.

A war profiteer is how she describes him.

He can see Ysiad and his wonderfully minimalistic apartment through the glasses of the headset. This movie Southland tales once stated that “the future was going to be far more futuristic than originally expected.” They sure were right.

“Watch the words that appear in the left side of the screen,” Ysiad says to Oleg. As he talks his words are whispered to him in Creole and like sub titles appear phonetically across his line of site.

Ysiad now says something in Spanish, the device whispers soothingly to Oleg, “The client can upload tens of thousands of language groups.”

He continues in Spanish, “you will hear what the device hears in Breuklyn Americano and whatever you say will be put on the screen to repeat phonetically in the dialect you have selected for translation. As you can see, even other languages will be repeated to you back in the language you selected so it isn’t terribly hard to carry on with numerous primitives speaking numerous dialects. ”

“I think we call them ‘people of an underdeveloped’ country now.”

“Well how much for a unit?” asks Anya Drovtich.

Ysiad looks at her like she just asked to face fuck his mother.

“How much green dollars?” Oleg repeats for her, but has already gauged the man’s intention.

“The opportunity cost of falling off the back of a transport truck, minus whatever cost-benefit I engage in over the years somehow convinced you and your zealots are on to something.”

“And the favor and access your curry with Perchevney when it comes time for us to re-arm?” Anya interjects.

“Thank you Ysiad for helping us all the years so selflessly,” says Oleg   with a shit eating grin.

“You always remember the first time somebody helps you,” says Oleg, “but I was not with the club then.”

“It was always my assumption you were just in this for the money,” confides Anya.

“Why the fuck-are you doing it again?” Oleg   asks.

“’Cause it never sit right with me that little bitty fucking African and East-Asian children were slaving away to make my dam khakis, and Bono says poverty is wrong!”

Anya scowls at him and makes the sign for the world’s smallest violin.

“You’re a man of great principle. Adon surely grins from the grave. Surely for it someone will kill you eventually,” Oleg   says.

“Surely hell has a good place for those of great principle and hopefully an exceptional bath house. But, I remain a truly hard man to kill,” Ysiad says quoting Adon.

“A lot of boxes falling off a lot of trucks this week,” notes Oleg Medved.

“Just how your crew prefers it,” notes Ysiad.

Oleg Medved gives Ysiad a curt hand shake; where by Ysiad palms him the business card to Third Rasputin. On the back in Hebrew he’s written; “Investigate major cargo.”

On their way out Anya and Oleg  bump into a second Toba Hadaad as she gets out of the elevator. Oleg winks at Toba in a most scandalous way. Toba glowers at Anya. Anya almost reaches for her gun and shoot Toba clone in the heart. But has the self-control to not. The women scowl secretly wondering when is the most appropriate time to ask for the other’s evisceration orders.

But no one is going to break ceasefire in the Green Light District a second time in a fort night.

Oleg, Anya and Toba 1 and 2 have not been in the same room since the night before of the Millennium Theatre job. And by the end of the weekend they will all quite probably be dead.