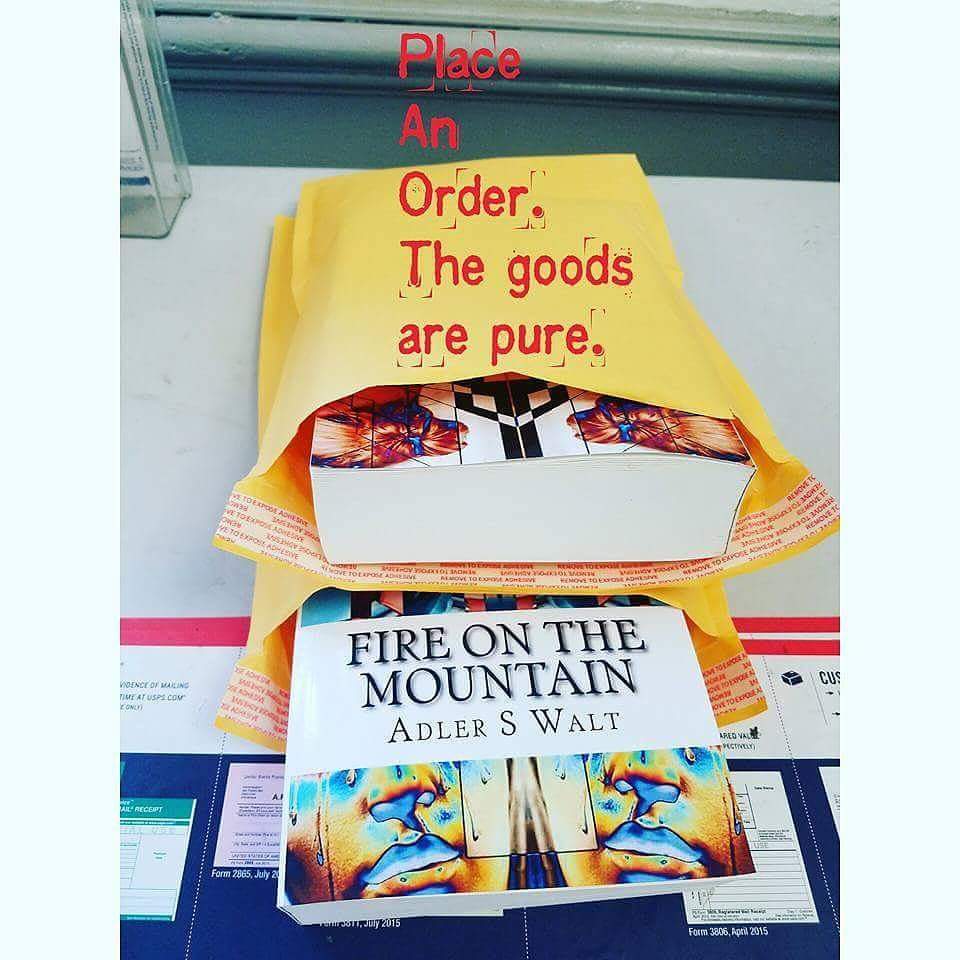 The MOTHER of FLAME

The air ship lands in Erbil. Everyone claps, as if they don’t know this is exactly what a plane should do. Everyone on the plane proceeds to take their safety belts off and clog the passage way. Welcoming me on the morning of Ramadan 2017 to the oldest continuously inhabited city on earth, are bored but friendly police and overweight militia men. Erbil was voted “the next Dubai” a few years ago. Before it almost fell to the Islamic State bandits and the price of its illegal oil sales dropped out. It’s still busy and modern and very, very secret policed. The Iraqi Kurds and their Peshmerga militia of the KDP; Kurdistan Democratic Party based here almost fled in sand person baggy mass when ISIS got within half-an-hour away and got turned back by the god fire called coalition airstrikes.

Did I do it all for a woman? Or a series of women? I might have.

When I leave this place, it will be in hand cuffs or a bag. Or I will walk out the door of a plane in Cuban made linen shirt, with a fake gold watch and a green partisan cap. One of the brothers will show up with a stolen car and get me at the airport. A Russian woman is going to throw her arms around me, and then I’m going to go to medical school. Or I’m gonna die here ingloriously and get buried in an unmarked grave, probably after being badly tortured.

But this is what they trained me for. Grandiose dreams verses nightmares.

The other night I helped the Kurdish Mafia sell a list of 5,700 ISIS fighters to an unknown foreign intelligence buyers in Beirut, probably Russia or Israel. In return for my traffic and troubles, they gave me the keys to an empty apartment in the South of the City or Erbil, and $300 to buy some food. Since I’ve been here about two months; I arrived on the day Ramadan began in late May I’ve traded medical skills and cunning, also hard drives and flags for food and shelter. The supporting mini-brigade of volunteers will all be coming in on different flights, on various days. I’m the second man in. The rest will come in the summer and fall. Some are healers and some a professional killers, but I think we’re all a little crazy to be doing this pro bono.

I don’t think she’s gonna meet me at the airport, dead or alive. War or medical victory.

I arrived in Erbil, called Hewler by the Kurds, with $200 dollars American and two black boxes of cargo; the necessary instruments I need to establish a clandestine camp for emergency medical training somewhere inside Greater Kurdistan, but most likely in Northern Syria. In the autonomous zone called Rojava. The quickly expanding liberated territory with what reports describe as an obsession with Abdullah Ocalan, and his paradigms about women’s liberation, ecology and non-state democracy. Anything could be happening there, but all I know is they are crush the ISIS Cheta[1] kilometer by kilometer at rapid speeds. Raqqa is completely besieged by the YPG, which stands for People’s Protection Units, the largest mostly Kurdish fighting force the U.S. backed coalition fights through in Syria. Cheta, means bandit, which is what we all equate the Islamic State fanatics with being. The phrase denies their Islamicness, their political grievances which in many ways are valid as well as their ecclesial claims to be a Caliphate.

But, some could suggest that the internationalists have bandit qualities too. Angels and devil, vagabonds and misfits, even cannibals they say.

I am a semi-ideological man. In that some of the varying utopian currents of the ideologies speak to my better half. Well, I was until recently a bit more of neutral humanist. I will now call myself a highly sober and reasonably well-read man experimenting with Kurdish ideology. I have to say much of the writings of Abdullah Ocalan are very compelling. The Kurds declare that every life needs a leader, and perhaps that is true; because I am not as hard as Apo, he sets a path of incredible elevation. He demonstrates the impossible is sometimes possible, he does it from prison. Though I play an activist of sorts on the stage of life, I’m not one to take a creed and make it my religion. I am also a non-sentimental man. Though I cry sometimes for myself and my predicament as an agent of progress. An aspiring revolutionary or a real one maybe. Though it is my profession to indiscriminately prolong human life. I’m a paramedic. Waiting for me back in Russia, though how long she will wait is anyone’s guess; is a lover with a young son who isn’t mine. An age seven Syrian Russian Druse, his father fucked off back to Dubai. This woman has low expectations of my happy return. She presumes I will probably die in Syria.

Waiting for me back in New York City is a mother and father who are scared, my father is also slowly dying. My brother runs a racket in Barcelona. It’s a growing but benign racket. Guiding the wealthy towards football games and wine. Waiting back in Brooklyn and Haiti is an underground army of nearly 2,000 ambulance workers and their sympathizers, theoretically. My 33 birthday was very well attended as was my Passover Seder held the night before I departed to Havana. Though history if it remembers will both absolve me, but call me a Jew, it is only half of me. My sentimental half you ask? No, my cunning, ruthless and deceptive half. No, just a half. I’ve become a bit anti-Semitic in my middle age, from self-hatred. The blood is neither a help nor a hindrance. I am at a loss to say, except for perhaps one occasion, when being a half Jew never got me anywhere or anything extra or adventitious.

You will have to forgive me when I say that out here, I know I am completely alone. Now of course there are the hevals, the stranger comrade friends. And some I think I feel real solidarity with, some. Even the Kurds and Arabs with whom we can barely even communicate. I get that politically speaking, militarily speaking even I have friends. But the feeling of being alone is based on this inner sense of what I’m doing here. What I see, and what drives me day by day up the treacherous mountain out of this wasteland toward my goals is clearly much bigger than me. But it is not a political theory or an imaginary friend. It always feels so pejorative when Americans accuse me of ‘trying to save the world’, which this is clearly not. And this time, it is not a Russian woman pushing me along. Though certainly a few them of can be found hanging around feigning excitement or outrage in regards to my work. Actually both my lover and my artful muse both begged me into their own ways of begging to not undertake this at all.

Regarding the nature of my work, well it is of course the training of emergency medical technicians with overlapping with training instructing them how to self-sustain medicine and Democratic Confederalism, which is to say freedom fighting for stateless democracy. But I emphasize importantly that I am impartial as to the success of the training if the success of the revolution is accomplished. Of course I do not have megalomaniacal self-importance. I know quite well I am a tiny historical semi colon, not even a foot note. Probably only remembered, if at all because I kept a journal and wrote it all down.

In the Cuban tradition which I have studied and admire one mixes politics and medicine in service of the poor and oppressed.

I have a non-linear mind. I remember the day I founded my first American Workers Party about as well the deaths of most of hevals in defense of Rojava. There were tens of thousands of Arabs, Kurds, Yazidis, Chechens, Armenians in the Syrian Democratic Forces who died before I arrived and perhaps only twenty something international volunteers.  Numerically and militarily I’m not sure how much we mattered alive, but martyred we brought a global flurry of attention and headlines. Well that’s a simplistic deduction. Just like to say all of my woman and men of the tabors in which I fought perished in a physical sense. Since of course shahid nemare, martyrs never die. But some of us came back in boxes. Some they never found the bodies. But did we all die in Rojava, the West? Did we lose something inside us trying to discover something? I am confident that we travelled to that war torn land with great optimism in our hearts, and we all left with partial understandings. Feeling as though we lived and others died, many other died for something that was not yet secure as a fact on the ground.

For in “the West” amid that revolution I almost died both physically and mentally many times. To have survived my tour I should consider myself lucky, but luck is not what I feel. I feel shame, pure and total shame. More so I feel that I went up a mountain to attempt to validate the better feelings I hold of an optimistic human nature. And now back in capitalist modernity all I can do is watch my friends die on a telescreen.

[1] ISIS, or ISIL which is short for Islamic State in the Syria & the Levant is better known in the Middle East as DAESH, its Arabic letter acronym. CHETA, which means bandit is another popular way to describe ISIS fighters.