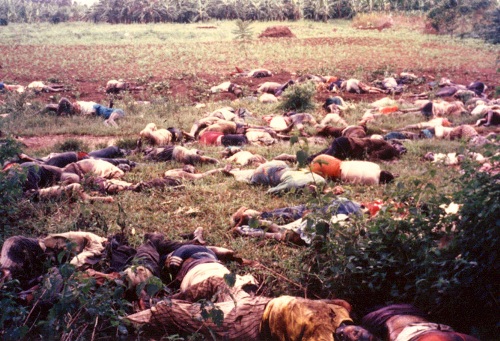 “Hand Cuffs or a Bag”

The air ship lands in Erbil. Welcoming me on the morning of Ramadan 2017 to the oldest continuously inhabited city on earth, are bored but friendly police and overweight militia men. Erbil was voted “the next Dubai” a few years ago. Before it almost fell to the Islamic State bandits and the price of its illegal oil sales dropped out. It’s still busy and modern and very, very secret policed. The Iraqi Kurds and their Peshmerga militia of the KDP; Kurdistan Democratic Party based here almost fled in sand person baggy mass when ISIS got within half-an-hour away and got turned back by the god fire called coalition airstrikes.
When I leave this place, it will be in hand cuffs or a bag. Or I will walk out the door of a plane in Cuban made linen shirt, with a fake gold watch and a green partisan cap. One of the brothers will show up with a stolen car and get me at the airport. A Russian woman is going to throw her arms around me, and then I’m going to go to medical school. Or I’m gonna die here ingloriously and get buried in an unmarked grave, probably after being badly tortured.
But this is what they trained me for. Grandiose dreams verses nightmares.
The other night I helped the Kurdish Mafia sell a list of 5,700 ISIS fighters to an unknown foreign intelligence buyers in Beirut, probably Russia or Israel. In return for my traffic and troubles, they gave me the keys to an empty apartment in the South of the City or Erbil, and $300 to buy some food. Since I’ve been here about two months; I arrived on the day Ramadan began in late May I’ve traded medical skills and cunning, also hard drives and flags for food and shelter. The supporting mini-brigade of volunteers will all be coming in on different flights, on various days. I’m the second man in. The rest will come in the summer and fall. Some are healers and some a professional killers, but I think we’re all a little crazy to be doing this pro bono.
I arrived in Erbil, called Hewler by the Kurds, with $200 dollars American and two black boxes of cargo; the necessary instruments I need to establish a clandestine camp for emergency medical training somewhere inside Greater Kurdistan, but most likely in Northern Syria. In the autonomous zone called Rojava. The quickly expanding liberated territory with what reports describe as an obsession with Abdullah Ocalan, and his paradigms about women’s liberation, ecology and non-state democracy. Anything could be happening there, but all I know is they are crush the ISIS Cheta kilometer by kilometer at rapid speeds. Raqqa is completely besieged by the YPG, which stands for People’s Protection Units, the largest mostly Kurdish fighting force the U.S. backed coalition fights through in Syria. Cheta, means bandit, which is what we all equate the Islamic State fanatics with being.
I am a non-ideological man. Well, I was until recently. I have to say much of the writing of Abdullah Ocalan is very compelling. The Kurds declare that every life needs a leader, and perhaps that is true; because I am not as hard as Apo, he sets a path of incredible elevation. He demonstrates the impossible is sometimes possible, he does it from prison. Though I play an activist of sorts on the stage of life, I’m not one to take a creed and make it my religion. I am also a non-sentimental man. Though I cry sometimes for myself and my predicament as an agent of progress. An aspiring revolutionary or a real one maybe. Though it is my profession to indiscriminately prolong human life. I’m a paramedic. Waiting for me back in Russia, though how long she will wait is anyone’s guess; is a lover with a young son who isn’t mine. An age seven Syrian Russian Druse, his father fucked off to Dubai. Waiting for me back in New York City is a mother and father who are scared, my father is also slowly dying. My brother runs a racket in Barcelona. It’s a growing but benign racket. Waiting back in Brooklyn and Haiti is an underground army of nearly 2,000 ambulance workers and their sympathizers. My 33 birthday was very well attended as was my Passover Seder. Though history if it remembers will both absolve me, but call me a Jew, it is only half of me. My sentimental half you ask? No, my cunning, ruthless and deceptive half.
You will have to forgive me when I say that out here I know I am completely alone. What I see, and what drives me day by day up the treacherous mountain out of this wasteland toward my goals is bigger than me. But it is not a political theory or an imaginary friend.

May 20, 2018 by Walt Adler Categories: Uncategorized Leave a comment