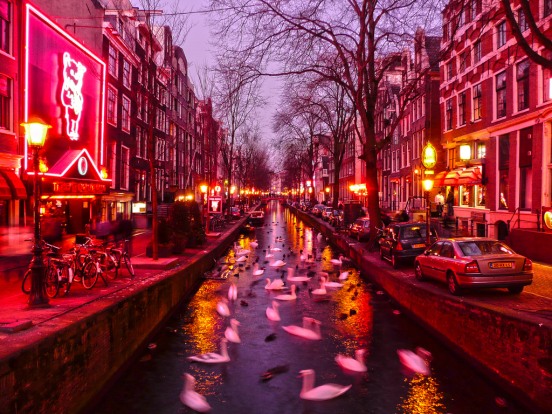 We would like to take this opportunity to summarize the primary tactical and philosophical lessons being drawn from our study of Social Movement Organizations (SMO).

In Theory of Fields we read that “defection of economic elites is one of the most critical aspects to the success or failure of a social movement to seize power” They cite the Marcos regime in the Philippines in 1986 and the Somoza Regime in Nicaragua in 1979. There is a correlation between expanded social movement activity and expansion of state strategic action fields. Modern states are stronger by separating from economic and social bases, then forming alliances with the vital players of the major non-state fields. “Development” via the third (NGO) Sector and government aid is itself a strategic field to conquer. Social Movements for Emancipatory Development must in fact make mastery of development and delivery of services more of priority than resistance to regimes they oppose.

In fact we can clearly see that every single group of partisans that have taken up arms and challenged a violation of rights is either crushed in time; unleashes such utter carnage that their claims to be liberating anyone are suspect; and or take power and become exactly the as their oppressor. As has been the case is most of the existing parallel state.

In our case studies, we learn the obvious moral strength of non-violent resistance, economic boycott, and mobilization out of intuitions of cultural relevance. In both the cases of the American Civil Rights Movement and the Indian Independence Movement, we see the moral superiority and tactical relevance of non-violence. We read in these cases the necessity of harnessing economic buying power away from assets owned by your oppressors. We see that militarily it would have been disastrous for the Indian people to take up arms against England or the American Negro to fight the Federal government with arms (as the Black Panthers learned in 1968). Instead, both movements achieved considerable constitutional victory without arms. Yet looks at the millions of oppressed Dalit (untouchables) in India or the state of blacks in America. In modern day Syria we can see just how quickly a non-violent pro-democracy movement can devolve into a protracted war with nearly 200,000+ dead and a new Caliphate (ISIS) in Iraq and Syria systematically raping and exterminating all non-believers on their territory; a perversion of parallel state theory as we shall examine later in the pamphlet, albeit a type of one.

Never underestimate the violence unleashed combing greed, grievance and imagined identity. Never forget how many generations are later affected by the traumas of war.

In our studies of Liberation Theology, we examined the power of subverting traditional mechanism of reaction and repression into new social gospels for change. We identify the power seen in Latin America via the “little Church” and in Political Islam in the recent 2011 uprisings across the Middle East. Clearly, Zionism is profound example of utilizing a religious framework coupled with development technology for geo-political ends. As was the Islamic Revolution in Tehran in 1979; Revolutionary Shi’ism, and Hezbollah. It was used to topple the Duvalier dictatorship in Haiti. We fully advocate that the Movement continue to embrace the universal messages of justice found in the world’s religions as long as no aspect of the movement will seek to impose a singular religious norm over communities not of that religion. Liberation Theology is so subversive because it conquers one of the elites’ traditional main fields of social control. In the case studies a large chunk of the parallel state was liberated via various liberation theologian movements.

In our examination of Paulo Freire we analyze humanization/ dehumanization; internalization of oppression; and understanding of the elite as divided, uncompleted human beings. Isolation of the mind, disempowerment, and mental slavery was his diagnosis of the oppressed. He spoke of the “false generosity” of philanthropy. And of how the poor live in an “ahistorical world”; a completely deterministic world that they cannot escape of total resignation about their plight. He states that “liberation is painful like childbirth” and that only via the direct empowerment of the people can we achieve political rights or social freedom. In agreement with this philosophy and that of Amartya Sen in “Development as Freedom” Mass Capacity is different from “State Capacity”. The most vital tool of a movement for Emancipatory Development is direct investment in the education and technical training of the masses to develop their own communities as they collectively determine. The concept of mass capacity is vital to the success of our movement because only by achieving self-determination can a people enjoy rights, development or freedom.

In our readings on the anti-caste movement, we see the emancipatory power of abandoning imposed identity. We read about mass conversion for Hinduism to Buddhism. Forced to “act out one’s oppression” via the caste rituals millions are enslaved. Stopping the belief that you are inherently a slave goes back to Paulo Freire. Breaking ones “psychological isolation in an ahistorical world.” It would not be a strategic social movement position to oppose Hinduism, which is the foundation of the Indian State. The conversion of millions to Buddhism is profound example to the rejection of outsider imposed identities that allow class and ethnic exploitations. There is no cultural relativism to be respect to universal human rights, simply cultural paradigms that either can be understood and adopted (liberation theology) or rejected out of hand as the invention of an oppressor (Hutu/Tutsi).

In our cases on land reform of course we go back to the most fundamental question of movement; what is your turf? What is your territory? What is yours as people? To what extent do 206 governments built nearly all by historic rapes and expropriations have legitimacy to declare some land yours? I would argue that not one nation-state on earth has a legitimacy the masses should respect. This movement cannot be defeated if it is universal in demands and universal in expectations. It cannot regard one last repressive regime standing to be acceptable. It cannot abide one single person living in starvation as an acceptable norm. It cannot have national aims. The reality of nation state experiment is that in the guise of security, it usurped control and it build a global system where most of the species would be subjugated to the minority.
In our cases on resistance to Apartheid, we see that just because a social movement can take state power does not in any way make it able to wield political power to the end of economic empowerment for its poor. We think it should be clear to us that violent revolutions and non-violent revolutions do not improve the economic situation of countries poorest citizens, in fact protracted widespread violence via civil war comes after every violent revolution. The aim is not to improve the existing state system. We would argue that the primary aim of emancipatory development is to completely circumvent the state system and place tools directly in the hands of the people. It is historically clear that taking control of an instrument of mass coercion, i.e. the state; is not a successful means to use its power on the behalf of its citizens. It has historically only fostered a new predatory elite.

We are often confronted with the “apolitical Northern generation” raised post-Cold War that do not have an “ideological” paradigm to view world events. It is quite likely that due to historical revisionism and the previously discussed sanitization of political vocabulary for change many young people in the West may actually believe that globalization is the face of progress. I would say frankly that little has changed since the days of colonialism except that direct rule has been replaced with proxy rule. I would go so far as to say that 3 billion poor and extreme poor, also means 3 or 4 million more pliable workers that can be utilized in the global supply chain. Except right now it is not necessary to mobilize 6 or 7 billion workers, half will suffice and the other may hover on the brink or ruin as a reserve. This is not about economics as much as it is about control because even in the hegemon and metropole nations there are percentages starving, percentages working nearly cradle to grave, and a tiny controlling elite. The fallacy of our entire “Development Enterprise” thus so far is to pretend, to trick ourselves in that the governments were acting in good faith. If Development is not an instrument of political power then it is simple charity. The poor do not need our manipulative carrots and their governments’ sticks. They are not empowered via your charity. We reject that dichotomy that aid is either politics or charity. It’s always politics. It’s got to stop being charity. We have to divest our development from states and put it squarely into people.

The slogan of our entire movement is not simply to “teach a person to fish.” It is to transmit in a pedagogical manner useful to local communities and political actors how to train their people reducing and breaking outside dependency.

With one arm of the movement we strike back at the violators of human rights and with the other we build up the global capacity, the ‘Mass Capacity’ of the people to secure their universal rights and more. This will not come from mobs in streets, from civil disobedience or rifles. We will bring our oppressors to their knees by illustrating their functional irrelevance. A free people can teach their children to read, tend to their people’s health, and operate the means of development needed by a community. Let it be clear. The liberation of a people comes not from the barrel of a gun but in via control of the means of development; the schools, the hospitals, the civil service, sanitation, and all other trades that by their nature promote self-determination and the public good. And any development practitioner that is not working to build that mass capacity; they are “poverty profiteer”, a “bright eyed idiot”, or worse a “dirty collaborator” perpetuating the system that keeps so many destitute.
We came here to unite a movement hiding in the shadows and fighting for survival in the streets. We know that in every slum, in every city, in the mountains, deserts, woods and rural interior are partisans holding out, fighting disconnected in the darkness. We know in every NGO and CBO, even in elected office are those who still believe in real change but are shackled by politics. We must connect the underground, to the partisans to the sympathizers; to the change makers in the halls of power.
Above all we will rely on indigenous knowledge and empower the people. It is our goal to open the lines of communication. You are not fighting alone.