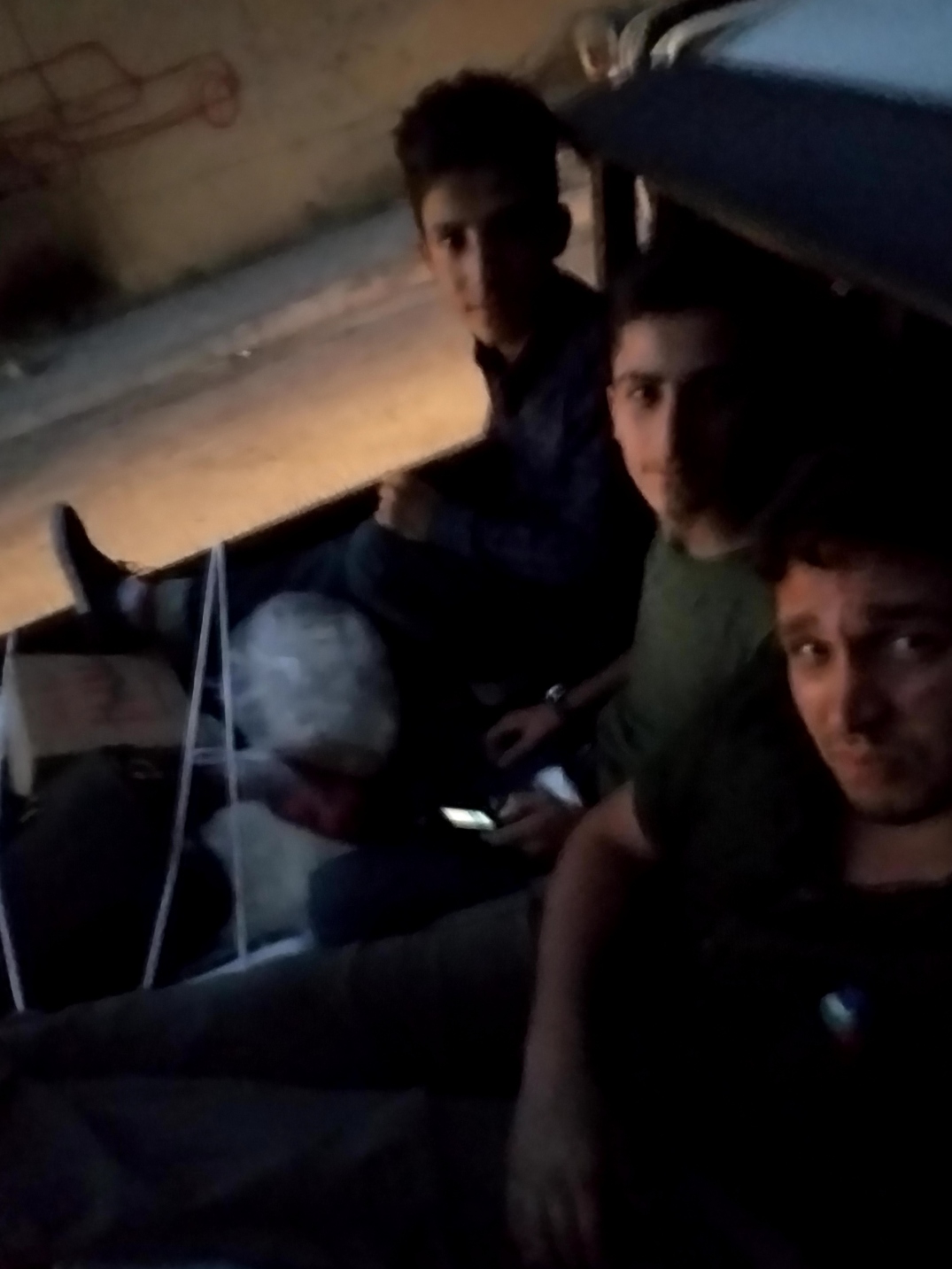 My name is unimportant, and you as a barely literate rabble of foreigners could hardly ever seem to pronounce it; so now my papers say Ilya Lubov, IL-YA LU-BOAV. I’m at my inner office auditing a company my firm just acquired. This office is listed on a website of tech firm I founded, but honesty you’d never be able to find it on your own. You’d need help.

You’d need to fuck me until I wasn’t paying attention to you, then you’d have steal some key cards and somehow even know where to find it; then you’d need a raiding party to shoot your way past both drones and Fenian hooligan mercenaries, then go down a trap door.

Good thing that didn’t happen, yesterday. Because what that bitch helped them steal was a list of people and places and assets and ins; well, I just got double penetrated!

Well, the quarter began well I was buying and I was selling and I waking a killing. I flew one girl to Mexico and had my way with her and blew her little mind, then left her back penniless in her mediocre life, they fuck you so much harder when they’re hungry and unsure of their future. That was fun. Things were going really well, at all my layers of finance and I was up for a promotion, was gonna get into better levels of club and higher heights.

I took another woman to Spain, she me met me in Madrid and we went to Barcelona. She was happy little school teacher, honestly not much to hold on to, but she looked perpetually 19, like brand new, even if she wasn’t all that un tested as they say. I think I just wanted to tear apart a school girl, and frankly when you’re getting around my age, 780 years, well you’ve done the real thing, gotten it out of your system, you need more. Like this one I heard on the wire was actually, possibly the, or a messiah of Chelyabinsk. Yes, imagine the thrill, I could buy an underage girl on the market, hell sometimes I sold them without even testing these days, I was busy; but imagine to break a chosen one, break a real life angel on the wheel with your own cock, how could I refuse that.

My standing at the club would rocket, my net and my shares all of it. But you have to be careful, you never know what will happen when you fuck with magic, with Russian magic in particular. There were not many of these woman left alive.

A little history, a little back story. My name isn’t really Ilya Lubov and I am 780 years old. How could I be that old, well because I pay my health insurance bills, which are different in caliber than yours. I pay for new parts, new livers new kidneys, new bones new skin, I have replaced almost everything since I began. I was born in Russia to a Mongol invader and the sorcerous he ravished. I am aware therefore of many things you are not aware of. So many things, like for instance that the human species is much older than you think it is and we have been much more advanced and much, much more egalitarian in the past than the present.

For instance when I was born for instance, in parts of Africa space programs had been in existence before the Gregorian calendar. For instance, by the time the Golden hordes sacked Moscow and Damascus, and killed all of the men, and raped every single one of the women inside; well humanity had been living in a general state of equality and fraternity for 8,000 plus years, except for three large quarantined zones in modern Europe, the region of the Great Lakes in Africa by the source of the Nile and the region of Modern Japan. Now this is all very, very well documented, there are holographic films on it. But go ahead, trust you national history book and your internet. I’m sure you were taught the world began in 1945 when the Allies defeated the Axis. I’m sure you were taught the Cold War was about nuclear weapons and ideology not breeding rights. I’m sure you associate the Holocaust with killing “Ivories”.

I could teach for a living, but instead I buy and sell things. I own all kinds of intangible things that allow me to profit off tangible ones. Like, the barely listed internet firm that offers web solutions to companies around the world, but just try and find our physical office in the mostly derelict Charlestown loft warehouse. I mean you can call and you will eventually reach a flesh-bot walking around claiming to be me, and someone will eventually provide you a technical solution, but that is honestly not the purpose of having a shell company.

Sometimes artists try and capture what we are, we old ones. I’m not even near the oldest. They make vampire movies or science fiction so maybe the public grows so tired of media magic they can’t fathom real, old dark technology and old dark magic. Which is real. And let me say, that sense we forced the Ivories to build us the World System; well we have sucked you all dry and frankly imposed a kind of manufactured poverty and scarcity that never ever existed before. We’ve build military machines that never, ever existed before. You may have heard about Hiroshima and Nagasaki, but you didn’t hear about all the other times we used an earthquake, or a flood or dropped a bomb and called it an inter-ethnic genocide.

You might read this in the West and think civilization is advancing or declining, I will tell you that you have no idea just how much we pray off you all. My favorite time of year is when we stage election in various countries and so many of you think you have options, think that it all matters. You actually have developed loyalty to your owners, you hang your plantation work camps flag as some symbol of pride.

780 is not that old, I’m called a baby in certain circles. I’m not invited to Bohemian or Bilderberg events, the Masons and the Order of St. John frankly freak me out a little. I’m not even on a Forbes list by proxy, for instance Gates and Buffet are just flesh-bots, pawns of people you’ve never even heard of. Let’s just say our own ‘Forbes list’ would have to calculate in human heads and land, not make believe currencies we use to impose the scarcity regime.

I did a vacation recently in space, you have no idea how fun it is to screw in space, but you need enough room and also a large cabin, if you’ve ever screwed in water and you liked that well try space. The earth, for your information is not the only habituated world, nor is it as salvageable as you think. Preparations to leave began in the 1940’s Gregorian, disguised as the World Wars, but that is a very long story what happened in the World Wars, because one it would blow your mind too much and two, well its dark even for me.

They, the humans, because when you can live a thousand years you do evolve are actually multiple species that look almost the same, but act markedly different. Generically speaking some come from Bonobos, and some come from Chimps. And, there has been marked evolutionary diversion into more loving and more war like breed. Chimps and Bonobos look similar, almost the same as German and a Russian naked, but! But they are different. Chimps will rips your eyes out and gang rape your chimp wife. Bonobos like cuddling and feeding each other. This is science man! What you learned in school was proll feed.

I’m a little drunk, that’s why I’m making this video. I have reason to believe that someone very, very close to be has sold me out to a peasant rebellion. I have reason to believe someone ran off with my latest girlfriend. And, my hard drives. And, they have client lists and they have old soul network lists and they even have aces codes to the floating fortresses and moon bases. Basically, you don’t actually evolve in 780 years to point where a young hot girl with a real tight pussy can’t still set you up.

Blat, I’m have to kill so many people to make this right. What a mess. And I take my 34th shot this time from the bottle, this time not even commanding my liver to work faster.

“I’m gonna kill everyone you ever cared about” I tell the voice mail, “and I’m going to make you suffer indefinitely. And I’m going to keep him alive, forever, and torture him until he cannot even find noises to scream, for I know you didn’t think of this plot on your own bitch!!”

I crush the mobilblat in my hand.

In 780 years, and I’m young, I have tasted almost every major wine, eaten virtually everything including human flesh (tastes like Pork), I have climbed almost every major mountain, experimented with all know and some unknown drugs, I’ve done horrible, horrible things with female bodies. I’ve helped organize ethnic cleansings, for sport. Sometimes for profit, but often for sport. Like the time I bet the Koch brothers whether the Tutsi’s could beat the Hutus in a machete war. I’ve basically helped sell the majority of the human race into a reserve pool of parts and labor. I am a lesser Oligarch.  And I’m not sure how yet, maybe because I wanted to fuck a school girl not a horse this quarter, maybe because even after 780 I’m half chimp, basically. I’m gonna rape her to death and cut off her head. I’m gonna torture all of them! If I don’t move fast and ruthlessly, there will be serious repercussions. Because 72 hours ago a new rebel group voted to declare war on us, which is not new or exciting. But, that they could lay a long game clever plan, and steal from me names and numbers and places of old souls, that this band of rebels could go hard as motherfucker on dozens of lesser oligarchs all over the world and I’d be blamed, that troubles me a lot.

May 4, 2018 by Walt Adler Categories: Uncategorized Leave a comment