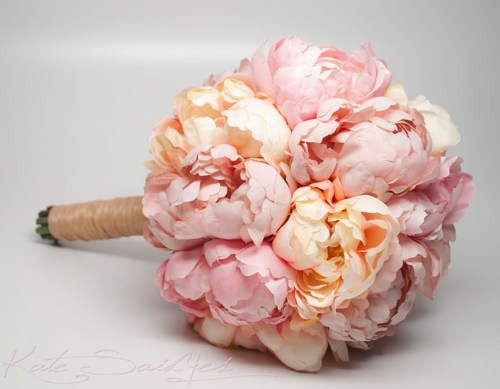 Setting-“My heart is on my bloody soaked, evil caked sleeve.”

Let me roll up my sleeves and also my skirt, a little! Look at me in the eyes! I have all my teeth to bite. So sexy and educated and multi-lingual. What, a, catch to catch. I am a wild debutante, elusive and amazing. I am a journalist of course, forced to pour men off shots in a tavern downtown.

Zdrastvistia! The purpose of this play is to buy and sell luxury carrots. Also a flying carpet to get you home after all the bullshit we will make you sit through telling Russian American tales. Also to warn you about Chechnyans, and also to distribute out a phone number where slaves with abused lives can get J 1, S 1 or go to college. There is singing and poems. We will try and pour you things called Vodka, but it’s not vodka; to us it’s like water for wound care.

Good and bad men went to war and women also went to war, and Americans and Russians watched out the corner of the Newspaper or telescreen. And of course supplied the arsenal and the airstrikes.

The papers called them “the Chechnyans” because when the war kept going, people came back trained in god-only-knows how much carnage capability. The war I’m referring to is the Syrian Civil War/ the Revolution in Rojava which was a phantom menace to all. But it was more a dark dream based on improbable odds. Chechens, are in fact a very real jihadist menace that fought us to the last bullet in Mosul, Raqqa and Deir-A-Zor. They brought their whole families into the Jihad. These re-moniquored “Chechnyans” weren’t like them. They were secular and young, and mostly on the Kurdish or Shi’a side, or the Pesh Merga. They all left our families at home. There were plenty of war path teams and factions, mine/ ours was the most moral, but lived in a state of total delusion. They were following a pudgy faced aging man in Turkish solitary confinement. We thought breaking rocks was a useful form of soliloquy.

I kissed her very hard against both our better judgment. Last time I kissed her like air. I saw her un-maked unpacked, un-made-up Slavic beauty face on her birthday, before we did one last job on St. Pat’s day. We weren’t supposed to do jobs like that in Midtown, people get upset.

I pulled her through to my reality, for the last time and she was completely pissed. The reality wasn’t very nice because it wasn’t the American dream she had set out to conquer on someone else’s name. That name and those papers had failed her mightily.  I yanked her through to the other side. The serf side, the Warsaw ghetto side. I was still just a petty gun slinger, Syrian Civil War vet on the run from the war in Syria and my own mind. I did 80 days in Bellevue City hospital and filth was still on my fingers, elbows and toes. I hadn’t slept well even one night.

She was still just a high end whore a year later? Not fair but probably true. But she wasn’t like Maria from Moscow anymore, doing what she did and still does with her tits and high ball shots and take home party favors. She was way over long walks with artists. She was regressing into Capitalist Modernity, the place she’d always wanted to end up, was now boring. Her suitors never waned. Especially the pesky Brahman roommate.

It has been a long road from Havana to Brooklyn to Russia, into the Middle East and back. With stopovers in where civilization has come to a resolute end in the Fertile Crescent. Burning down river by river shore to deep sands of desolation.

My name was once Sebastian Adonaev, but the Kurds named me Blacksmith Winter, or Kawa Zivistan. The Arabs, they needed to name me too so they called me Zacharias Abu Yazan. Because my then girlfriend correspondent Polina has a son named Yazan. I was 33 when I deployed but looked and felt younger. Her name, my timeless old Muse was Dasha, but this isn’t about her. The other books were all about her. This is about the time a Syrian war vet caught feelings about Maria Silverrtova, a buxom little Chechnyan, like him. No, it was about picking up the shattered pieces of this nightmare, resiliently.

This is a cry for some extra hands, some Hamsas, that survived to talk about the Syrian Civil War. This is a love song after a series of hard fucks in Spanish and love making in Russian. This is a Post-Soviet Lullaby, written in Imperial English. I have heard on the wire that Anya is losing her mind in Baghdad and Ana Campbell, that optimistic young woman I have hand grenades to; well she dead and here I am in Capitalist Modernity’s heart, doing nothing but stupid love songs.

Yes, forgive me loved ones, I died immediately in an airstrike in Afrin. My body was in, smithereens. Afrin was until it was overrun by Jihadists and the Turkish state, the Western most canton of Rojava; the besieged revolutionary movement called Democratic Confederalism that defeated ISIS and took over 45% of Syria, until the Turks began to genocide us in April 2017. I died pretty. I was a true believer. Sebastian blames himself for my death, but really I was a true believer in the cause. I could have died much worse if the Turkish Army or its proxies took my alive. I would have been gang raped. And had my head cut off eventually.

Sebastian lives with his guilt but Dan Newey another guerrilla I almost kissed, he does not. Dan Newey is in in British prison accused of terrorism. He mourns me loudly. Honestly, we all lost a lot defending the Rojava Revolution, but we internationalists that the papers call  the new Chechnyans, we were actors on a stage of world events, but we didn’t do that much. Now I’m dead, which I’ll tell you seems like being on the mountain without being shot at. It’s peaceful, I’ll have him tell you that. I died with my AK in hand. I believed in this, I wasn’t mentally ill. I wasn’t a bandit girlfriend. This was, this is, big and important, but sadly as far as self-defense; a mirage. Without American airstrikes to back us up we melted under Turkish airpower.

At the time of writing this my corpse is still behind Turkish lines and it looks like Mambij and then all of Rojava will fall to the Turkish Army, a U.S. ally and second biggest in NATO. I am happy and dead. But vicariously I grieve for my Arab and Kurdish comrades who prepare to make Shahid Namorey (immortal martyrdom).

Actually, I tried to prepare them for a lifestyle of revolutionary militancy. Kill the enemy. Kill the enemy before the enemy can airstrike, execute, torture or disappear you and your friends. I don’t think they all got it. The training was just too short. They retained much of their Western bourgeoisie privileges. They thought it would maybe be like a movie. It’s a shame the woman died, she was the one with possibly the very most potential, excluding the Germans. That’s all I can say about that, Heval.