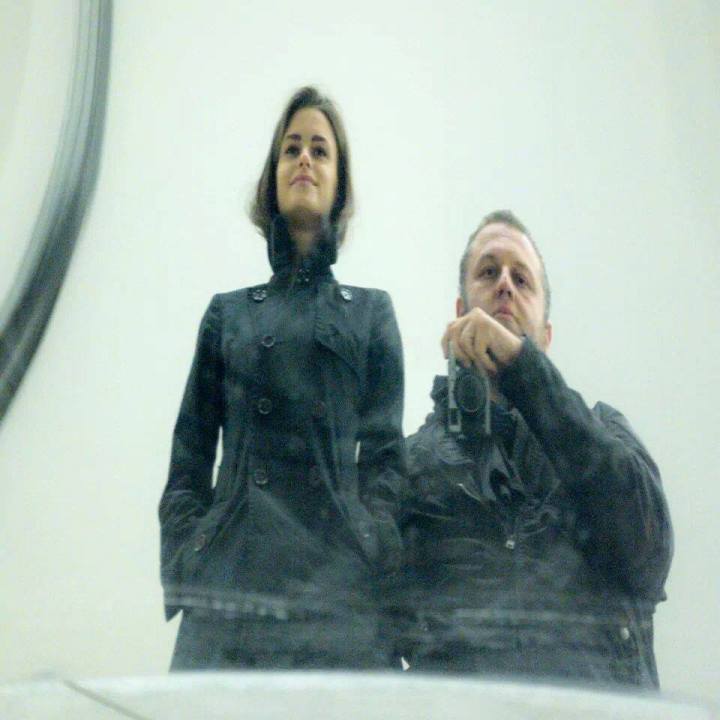 Far below the waves of the black blue Pacific, a vast underwater leviathan of a craft named the “Black Mermaid” hulks its way gradually toward the surface. The vessel is forty miles off the Western coast of Nicaragua, sloshing bashing water; cascading aggressively all of these things as its crew makes way toward “New Shoreham”; a tiny settlement on Block Island.

And, says McIntosh, a member of the Trinidadian Special Forces, “A quite stupid name for a town overtaken by the simple name of its own island,” and he knows about such things being a Trinidadian.

Adelina Anatolievna Blazhennaya with her soft auburn hair tied behind her head has just graduated from a prestigious Sharashka in Seattle, Washington. This particular “Bureau of Experimental Design” was paid for by the Chinese and therefore into her studies were incorporated the most elite techniques for parapsychology cultivated over 4,000 years of Middle Kingdom, as well as appreciations for those aspects of the Mezo-Americans.

Shortly after graduation she took the instance of her America husband’s infidelity to promptly divorce him and renegotiate her contract to the higher authorities to which she came under employ.

She’s doing her make-up, red lips on beauty. She is very agile looking, big brown eyes and light cedar brown hair; she looks through the mirror into the eyes of Emma Solomon, her commanding officer watching her from the portal door.

“The greatest trouble with Russian men is that they are animals, though quite good at being men in all other regards were we all measured by our fuck and our fight, our bite and our valor. The greatest trouble with Americans is that while good at being gentlemen, in many regards they fail at being men for they are quick to make and break promises,” reads Emma Solomon from a book with a grey and black leather binding.

“I have never read his writing deeply, but I hear from others that he makes sweeping cultural generalizations throughout his novels. Many of which are harder on Americans than is fair and certainly reflect that he did indeed grow up here and not somewhere else,” Adelina says while painting her face for war.

“And I don’t think you can lump us and them into simple gender roles, mentalities and generalizations,” Adelina adds.

“I’ve read them all,” says Emma Solomon, “he’s my husband after all, and they get better as the serial progresses. The poems I cannot stand.”

“I’ve never read his poems either.”

“You’re missing nothing. Think communist Dr. Seuss with a slight swagger of Mayakovsky.”

“Well I think highly of his contributions to the resistance. I could give a damn about his artistic abilities. Husband?”

“Well a long story is a long story, but suffice to say the need for documents was once involved.”

“Ah. Well that doesn’t concern me either.”

“You’re a wonderful creature dear Comrade Blazhennaya, your work will not be so hard. We have to activate a chain of cells he’s built up and down the coast. I will see to that, but you have a sensitive task. You must make him love you and trust you mostly with a mobile phone and a radio.”

“My husband has a lot of potential.”

“The Oligarchy knows the general date for the rising. Numerous operators were compromised due to sloppy work on the American end, not his fault, but it’s locked down tight as a drum over here.”

“Tight as a drum?” asks Adelina, though trained a linguist and a parapsychologist she sometimes misses vernacular which comes out of hip hop.

“The resistance movement has evaded the American State Security apparatus for twenty years. Everything is going according to plan.”

“According to prophesy?” asks Adelina who can converse with the higher power when she feels she must, but trusts completely in the Baraka, the Devine charisma of Emma Maya Sorieya Solomon, the hidden candidate for Messiah of their generation.

Emma nods and places her left hand on Adelina’s shoulder.

“Little darling, just stay out of the New York City.”

Adelina looks at her bulky satellite watch made by an Israeli company called “Superior Alien Military”. In eight hours’ time she and her “unit” will be launched from this briny abyss via a hermetically sealed fast boat, they will then land on Block Island and be taken to the Hygeia Hotel; given new identities and “Americanized in the greater Boston area”.

“I’m not afraid of anything you know,” states Adelina to Emma.

“I know you’re not, beautiful. That’s why you were selected to keep him under control. His mind is now in a dark and treacherous place. He’s been in the field for too many lives.”

“I will not fail you Commander Solomon,” she says.

“I know little sister,” she smiles, “And when it gets crazy in Babylon you can rely on the rest of your unit. Oleg the Bear, Yuliana Romanova, and McIntosh are, well suffice to say we don’t use anything but the best minds when we’re this close to the edge.”

“We’ve been this close to the edge before,” Adelina replies.